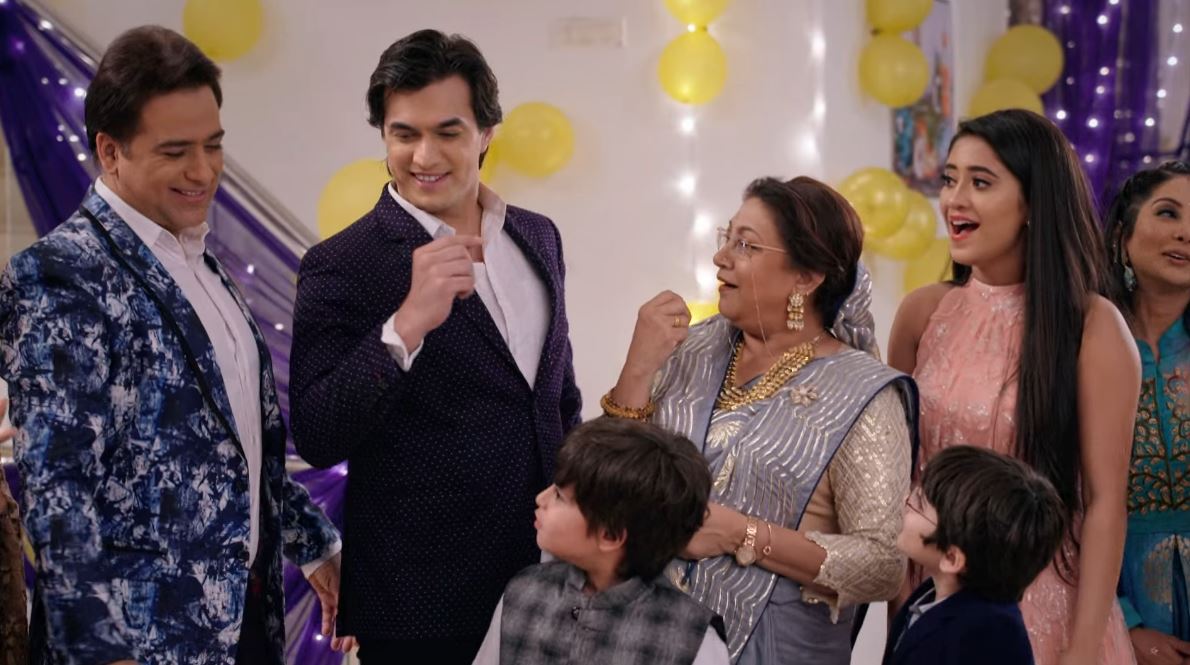 Yeh Rishta Kya Kehlata Hai 14 August 2020 Written Update Hotstar. YRKKH 14 August 2020 Written Update begins with naira think her self what karthik said to him regarding the accident, asking sorry to karthik. But karthik says iam sorry to naira, i feel very nerves. But later she realized it is dream, After that gayu came to naira room, asking her what happen. Then naira still think about accident happen to manish. After that akhilesh wife asking about manish wife. Dadi says she is in my room. Later akhilesh said to gayu husband regarding doctor. After that karthik brings his father to downstairs.

After that doctor says to karthik i will speak with our higher authority then confirmed about line of treatment. Later doctor try to given injection to manish but manish feels fear, runaway from the doctor.

Karthik says to manish doctor is my friend don’t fear. After that karthik ask to doctor given the injection to me, ask to seen his father. Then karthik ask to his father taken the injection.  Later Akhilesh said to karthik meeting is very important, client all the way came from jammu kashmir, please attend the meeting. Then karthik said i will take care of manish. After that doctor call to naira said to her your pregnant