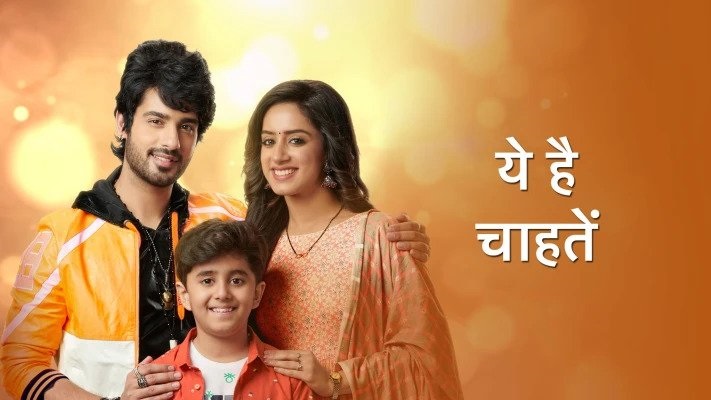 YHC Yeh Hai Chahatein 21 January 2021 Written Update for Season 2 Episode 166. Here it is the today episode promo story that is rudraksh asking to saraansh are you leaving me. Then saaransh said to rudraksh you come too, Rudraksh says the three of us will soon be together. After that saaransh says there is nothing to worry now mahima mom won’t come there. Later rudraksh asking to saaransh did mahima hit you and recognized mahima hits saaransh. Later rudraksh shouts i will kill her and leave the saaransh room. Once reached the preesha room rudraksh said to her preesha do you know what mahima has done to saaransh, She will learn a lesson for hitting my son. Preesha asking to rudraksh please listen to me. But he can’t listen preesha words and slaps mahima.

Today episode released on Disney Plus Hotstar on 6.00 AM. All VIP Subscribers check the story before the tv and who had not have subscription account of Hotstar check year or monthly plan buy the the plan. Here it is the previous episode story Mahima said to rudraksha im his mother only for namesake and i don’t interested on saaransh and i want his money. Also, mahima said to rudraksh that’s wh i’m pretending to be a good mother and i can’t even tolerate him. When mahima said truth rudraksh recorded everything, preesha gets angry on mahima. After that mahima said my head hurts a lot.

Then rudraksh said to mahima your game is over, you confessed your crime and i will recorded everything and now you will be behind the bars understand. Preesha said to rudraksh our efforts have paid off and our plan is successful. Rudraksh says well get out saaransh back now and asking to preesha what do we do about mahima. Preesha said the effect of the serum is dying, she will gradually regain consciousness. Then rudraksh asking to preesha bring her to her senses let’s tell her what she is done. Then preesha comes to mahima and asking to her wake up.

At that time mahima think herself isn’t this what you wanted to hear from me preesha, You want to get me arrested and also i told you iam always a step ahead of you. Also, mahima said to herself i am imagined what you would make me do but in reality i won’t tell you anything.