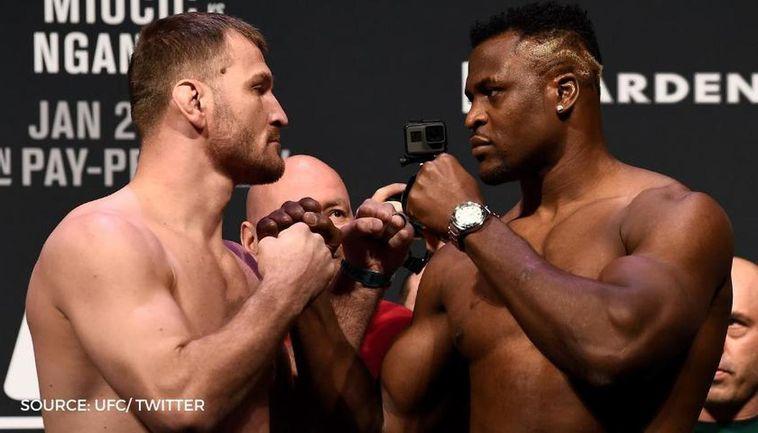 Beating Stipe Miocic 0:52 into the 2nd round of their match at UFC 260 on Saturday, Francis Ngannou captured the Heavyweight title with the 10th knockout of his 13-fight career in the UFC. That’s tied him with 2 others for 2nd on this list of Knock Outs in the promotion’s Hvyw.

3 @ufc champions from Africa is incredible btw. I can’t think of many Africans who’ve actually competed in the ufc in the 15 plus years I’ve been watching so to have so many champions in the sport is unbelievable.