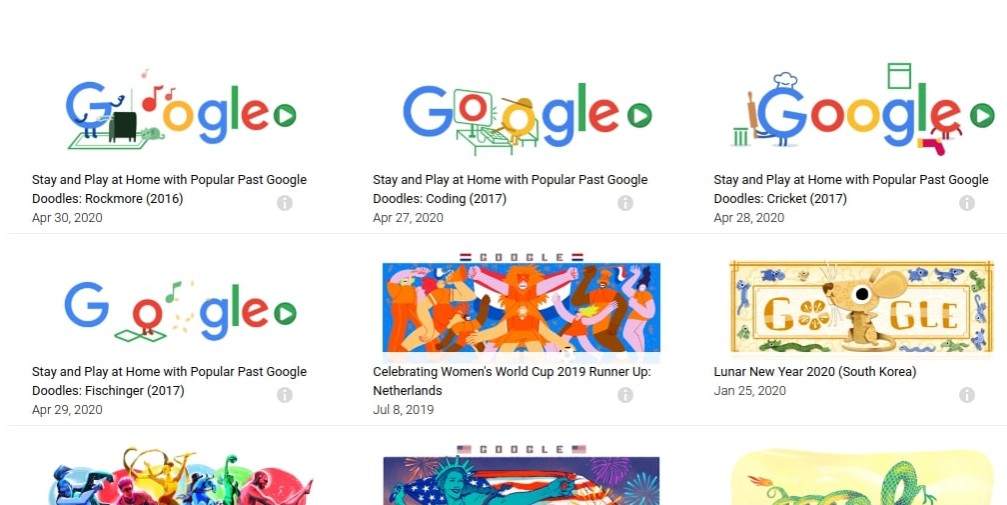 Google today April 30th 2020 come up with Rockmore (2016). Clara Rockmore made music from the air. Trained from young age as a violinist, Rockmore ultimately gave up the violin due to physical strain. This led her to discover the theremin, a gesture-controlled instrument named after its inventor, Leon theremin. Not only did rockmore become the instrument’s most well-known performer, she also influenced its development. She convinced theremin that it should be made more responsive and offer a greater range of notes

On 29th April 2020, Google launched Fischinger (2017). In the world of design, Fischinger is a towering figure, especially in the areas of motion graphics and animation. He is best known for his ability to combine impeccably synchronized abstract visuals with musical accompaniment, each frame carefully drawn or photographed by hand. A master of motion and color Fischinger spent months- sometimes years- planning and handcrafting his animation

Google come up with 2017 cricket game. Google create cricket game to celebrate 2017 ICC Champion Trophy. Whether you’re enjoying the tournament at a snail’s pace or bowling faster than the beat of a hummingbirds wings, here hoping you hit out of the part this summer.