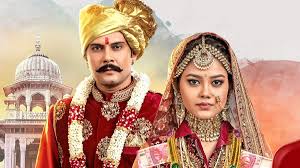 Purvi feel happy to hear Virendra Words. After that Juhi, Manas comes to panchayat and stands besides of their daadi. In previous episode Virendra stops the purvi punishment and Manas decided to shown the video footage which is recorded by purvi and comes to panchayat.

Kallu and her sons comes to Virendra & asking to him please don’t do anything because of child we would do this. Purvi asking to Virendra taken them to police station. Virendra said ok. For upcoming episode story follow zeal study