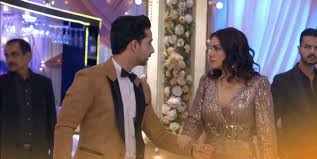 Recap of previous episode of Kundali Bhagya is preeta, srishti and sameer went to akshay home to taken shagun. Akshay family members welcomes them. Later akshay mom asking to them what you eat. Sameer, Srishti says what they want to eat. After that akshay mom went to kitchen and prepared what srishti, sameer wants. Later kritika comes to kitchen and helps her aunty.

At that time srishti, preeta went to akshay room and send photos which is stored on akshay mobile. Later akshay come out from washroom and seen them and asking to them about his phone. Preeta says how can we know about your phone. Later akshay dail his number through landline and gets his phone. Later all the completed lunch and come outside from akshay home. After that akshay recognized preeta send all the photos from his phone. Today premier episode released on Zee5 after 12.00 PM for premium subscribers before tv. Follow zeal study for written update