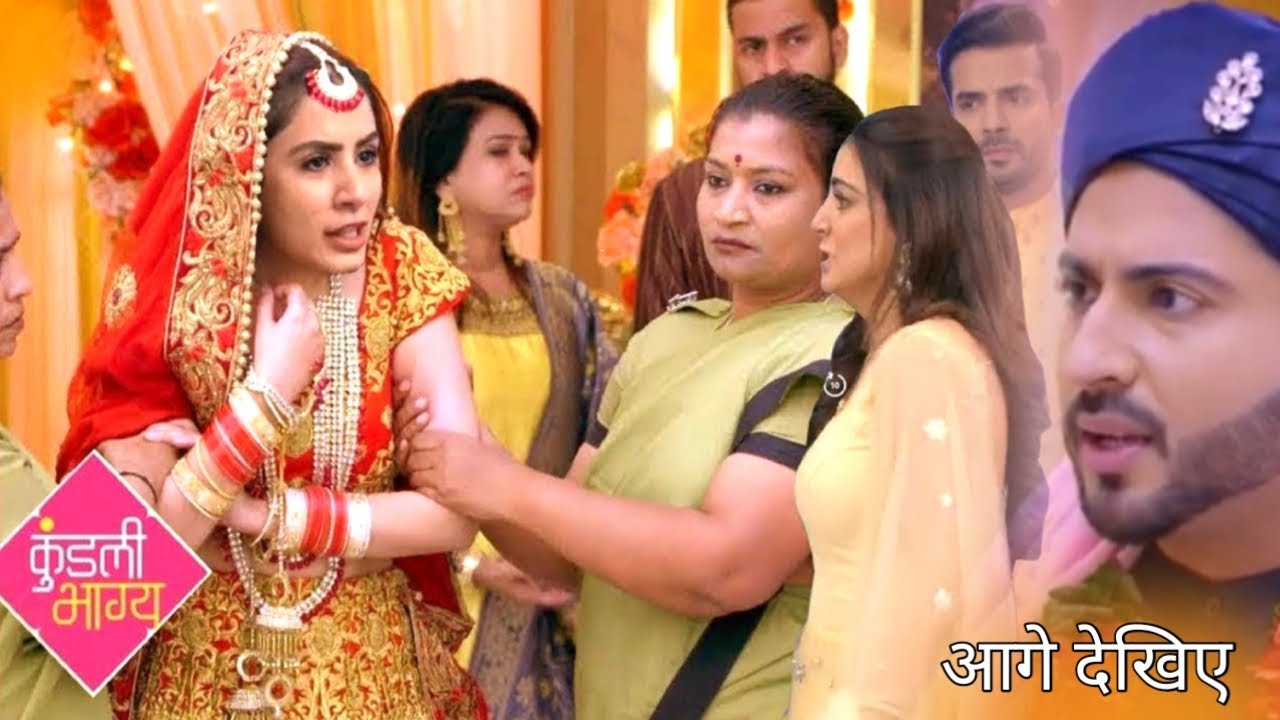 Kundali Bhagya 11 August 2020 Written Update Zee5 Tellyupdates, Telly Reviews Full Episode Natak. Kundali Bhagya 11th Aug 2020 Episode begins with Dadi and other family members feels preeta call to the police. But police try to say something but sherlyn family member says preeta try to stop the marriage. Then karan said iam came with you but after the marriage. Then police says we can’t stop the marriage and not arrested you. Then preeta says this is the problem for all of you i can’t call police the. Then karan asking preeta where are going, Preeta recalls when she is crying. Then karan asking once again to preeta where you are going. Preeta says i will go anywhere but i can’t call to the police and i can’t stop the marriage, i know you think i will said lie to you.

Then police says i will here to do my duty, inspector says i will came here to follow the kidnapper who are try to kidnapping karan and rishab. Every gets shocked. Rishab asking to the police why he came here. After that Prithvi talking with sherlyn, Prithvi said sherlyn you win against preeta, my self won on luthra brothers. Sherlyn smiles and said to prithvi you can’t use the brian and you can do mistakes. Then prithvi shows mask to sherlyn and said this mask is my love, Do not know who is behind the mask. Then sherlyn asking to prithvi why every to time says preeta name, she can’t do anything and why you think about preeta

Later Prithvi says if preeta is here at any cost she can stop the karan and mahira marriage. Sherlyn says you can’t understand, Here below karan and mahira marriage happens, please we go downstairs and seen what they doing. Inspector says kidnapper came here and officers at outside stands in civil dress, keep eye on who came and go here. After that mahira said her self sherlyn friend in danger where is sherlyn. After that rishab asking to the police if we can discussing openly kidnapper try to escape from here. When rishab try to speak with police karan says he can’t escape from here because his work not yet done. Rishab asking to karan what he doing here. karan says kidnapper once again try to kidnapping you. Dadi says if kidnapper try to kidnap to the rishab i will kill him. Rishab says nothing happen here please keep calm.

Dadi asking to the police where is kidnapper. Inspector says he can’t went outside because police stand at outside definitely he is in this house. After that rishab asking to the police please come with me i will show my house. At the same time mahira said to her mother i will also go with karan. After that preeta searching for shrishti. Then both shrishti and sameer talking with each other. Then sameer asking to shrishti what is your family and shrishti explain what she try to do. After that mahira try to call sherlyn but sherlyn phone not reachable, at the same time rishab shown his house to inspector. After that shrishti mix the table in the juice. At the same time karan follows the preeta in other side prithvi, sherlyn at that side. Sherlyn think karan marriage is over. After that inspector came to where prithvi sherlyn hide.