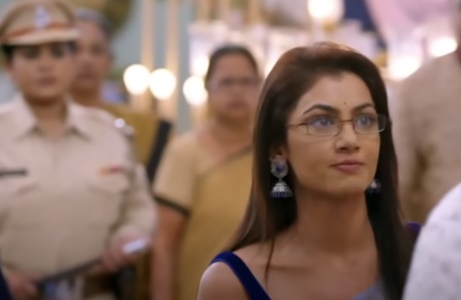 Kumkum Bhagya 15 January 2021 Written Update For Zee Television Hindi Family Serial Episode 1760. Prgaya comes to marriage hall and asking to pandit please stop the marriage. Abhi, Meera shocked and abhi think himself why pragya did this at the same time alia feel angry on pragya. After that pragya said this marriage can not happen, Abhi shocked.

Sahana asking to prachi please come with me. Prachi asking to sahana what happens, ranbir and his friend sit in the car. After that ranbir said about prachi. At that time ranbir met his friend and she said i will do anything for you ranbir. Later ranbir, ajay along with her friend sit in the car, ranbir drive the car. Other end pandit asking to daadi it’s time for marriage time. At that time abhi come down from the upstairs and pandit said to him not enough time please sit, Abhi asking to daadi please give blessing and Pandit asking to abhi please call to meera. Alia asking to mithali please went to meera room and asking to her come here. Daadi says she is not in this house because iam asking to her don’t do this marriage.