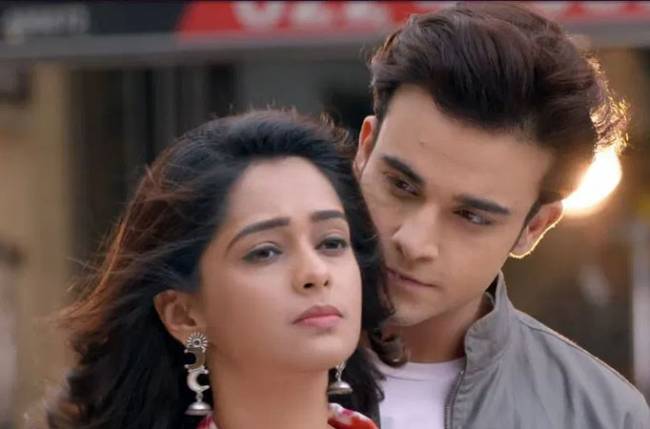 Kumkum Bhagya 1 December 2020 Written Update Promo released. In this promo ranbir speaks with his parents i don’t want your business, properties & keep with your self. Also, ranbir informed to his parents these properties, business if anything like this can’t separated prachi from me. Then pallavi informed her decision to ranbir.

Pallavi said from today on words our relationship ended. Vikram shocked to listen Pallavi decision, Pallavi asking to ranbir you don’t think about us & We also did same. Then pallavi says i don’t have a son as a ranbir. Then ranbir said to his mom i can’t leave my prachi. Pallavi crying to seen her son.

Then ranbir said to his mom i know you accepted me and prachi. Then pallavi said i don’t do that & out relationship is over. Ranbir said i don’t want your properties and i want prachi. Ranbir leave the house, pallavi gets pain and fallen on the floor. Then returned to home and said to her mother i don’t leave you mom.

Meera comes to reha and said to her don’t cry like this, Pragya loves you so much. Reha said she don’t love me, She loves prachi more than me. Other end saritha ji asking to pragya police leaves reha from station. Pragya says yes. After that pragya went to her room. At that time prachi phone rining. Shahan brings the phone and said it’s unknown number. Prachi thinks ranbir did this phone.

Vikaram and ranbir taken pallavi to hospital. In midway pallavi gets conscious, said to ranbir don’t leave me. Meera asking to reha don’t cry please liste to me. Alia comes to reha room and said to please be strong. Reha said i need mom and leaves the room. Meera said to alia if reha to do anything we face problem. Abhi phone to prachi to know about pragya. Abhi seen reha went outside, asking to alia what happen to reha. Alia said i don’t know. Finally vikram, ranbir take pallavi to hospital. Ranbir said sorry to his dad and daadi.