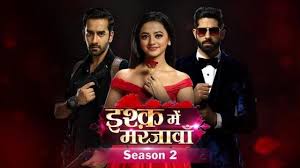 In previous episode riddhima kidnapped by kidnappers, daadi asking to sayi about riddhima. After the one after one diamaa, chanchal, aryan come out from VR mansion. Chanchal said to daadi riddhima at home, Daadi said to her i didn’t said riddhima went outside. Other end when kidnappers kidnapped by riddhima vehicle tire punctured.

Finally kidnappers reached the hospital, doctor starts the operation and vansh asking about riddhima at home, Daadi said to vansh riddhima written a letter a regarding aberration, At hospital doctor shown a letter to riddhima i.e vansh accepted for aberration.

Other end vansh phone all hospitals and searching for vansh but he couldn’t get any information. After that ward boys taken the wheel bed which is riddhima hides herself, Vansh step down the car and shouts riddhima can not do aberration, Ward boys brings wheel chair where riddhima hides herself to grave yard and ready to performing the final rituals.

But riddhima couldn’t move if she moves ward boys recognized her. Other end pandit asking to ward boys start the performing the final rituals. At the same time vansh pray to maata rani to stops riddhima aberration and walks on the steps on the knees. Also vansh asking to maata rani please tell me where is riddhima. After that gets conscious and think herself where iam and recognized herself at grave yard.

Angre phone to vansh and said to him we couldn’t find riddhima, Also angre informed same matter to all the family members and vansh return to home