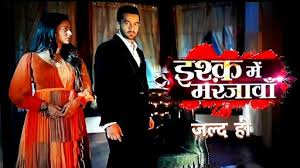 Ishq Mein Marjawan 2 31 July 2020 Written Update Episode 16 begins with vansh conversation. Vansh talking with angre and ask him open the cupboard, bring lion’s statue symbol type pen-drive. Later Angre bring pen-drive, handover to vansh. Then vansh connects pen-drive to laptop, copy complete details from his laptop to pen-drive and handover the pen-drive to angre, said details regarding illegal business. tax information. After that priya and some other family members discussing about vansh marriage. Later siya says i went to riddhima room but she couldn’t open the door, I left the dress outside the room.

Ishani says about riddhima but suddenly vansh came and said to ishani Riddhima is going to bahu of this house you must respect her and ask to his family members where is riddhima. Later he recalled what riddhima says about marriage. Then Riddhima came to downstairs

Once riddhima came down vansh says interesting, Riddhima says to vansh something about her life. Later Vansh mother ask when siya came to your room you can not open the door, are you ready for this marriage. Then Riddhima says to her your son forcibly marriage me. Later dadi says to riddhima will you start the engagement. Once start the engagement riddhima thinks about kabir, Then both riddhima and vansh exchange the engagement rings. After that dadi says go and taken blessings from god. But vansh says i can’t believe in god but riddhima went to pooja room ask blessings to god and think her self with in 3 days i will find out the truth. Later riddhima says to dadi i have some work may i came after some time, then riddhima went to abir room searching for some files. But vansh recognize her, then he also went his room.