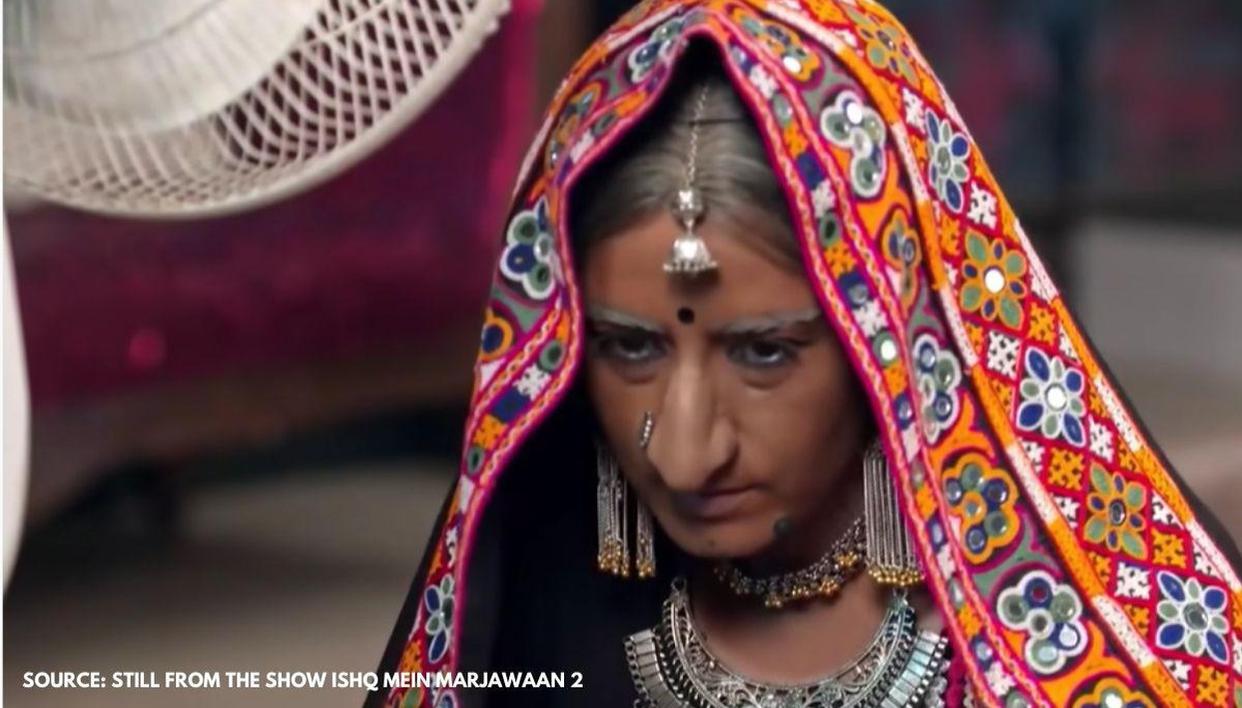 Ishq Mein Marjawan 2 26th February 2021 Episode (Premier) 203 aired on Colors TV Friday Night 7.00 PM. Before 24 hours respective episode available for VOOT Premium Subscribers (Monthly/ Annually). Here it is today episode short story i.e vansh dreams riddhima in trouble and some one killed her but suddenly kabir comes to vansh and asking to him why you feel tension. But vansh stands silently in front of kabir.

After that kabir revels a secret i.e riddhima fallen from the terrace and saved him. Once know the what happen to riddhima vansh went to his room and asking to his wife about the incident and angry on her because she hide the truth. Later riddhima said to her husband you couldn’t responded if said anything about unborn child. Also riddhima said to vansh i have a doubt on diamaa, i will recognized a bracelet where chacha ji killed.

Then riddhima, vansh went to kitchen and asking to diamaa about bracelet, diamaa shown a bracelet. Once seen the bracelet riddhima said this is not the bracelet what iam seen. Later vansh and riddhima leave the kitchen and diamaa open the plastic box where original braclet is hides.

To know IMMJ2 26th Feb 2021 Episode Story like riddhima finds dimaa truth, What is the kabir next plan and who is the red gloves person follow zeal study.in. IMMJ2 Premier Episode story updated shortly here below. Here it is the story i.e riddhima try to saying about unborn child but vansh said to his wife do not said to me. Then riddhima asking to vansh why you deny when i am try to said about our child.

Then vansh said to his wife i don’t have a time, riddhima crying and vansh leave the room. Other end red gloves unknow person silently listen conversation between vansh and riddhima. After that chanchal shouts to seen aryan. Aryan asking to his mom why you shouts like this. Chanchal said i will remembered your dad. Then aryan hugs his mom and says good night.

At that time aryan recognized red glove fallen on the floor and taken the glove and leave the house. Once aryan leaves the room chanchal taken the red glove under the pillow. Other end riddhima once again gets the call from unknown person, Unknown person informed to riddhima about aberration, Riddhima cut the call and try to informed about child to vansh.

Then vansh asking to his wife you couldn’t understand my problems, riddhima said to vansh if you accept our child i will accept relationship with you other wise i will deny our relationship. At that time vansh gets the phone call, leave the room and met the angre. Angre said to vansh someone from our group deal with jang. After that kabir speak with jang.

After that vansh said to angre let’s we find who is that person. Later riddhima comes to kitchen and seen diamaa and remembered about bracelet. At that time diamaa gets the phone call and asking to unknown person about something but suddenly riddhima touches the table and diamaa recognized some one at kitchen. But riddhima thrown the apple and leave the kitchen. After that riddhima went to daadi room and recognized a file regarding gynacologist. But suddenly chanchal come to the room and riddhima hides herself.