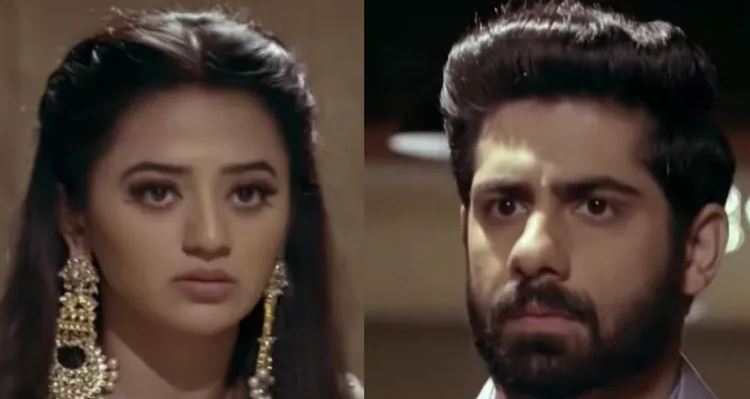 Ishq Mein Marjawan 2 25th February 2021 (Thursday) Episode 202 aired 7.00 PM only on colors tv. Before color tv on VOOT Select app premier episode available for premium subscribes who subscribe monthly or yearly. Here it is the previous episode 201 story i.e riddhima once again catches mask man but this time also mask man escaped from riddhima. When riddhima try to catches mask man he slips due to the rock. Other end jang speaks with vansh, asking about diamonds.

Once riddhima misses mask man still walk behinds him to know who his mask man. When she follows mask man reached a unknown place and went to upstairs to catches mask man and walk on the ladder between two houses. Other end vansh searching for riddhima at home and asking to siya about riddhima. Then sayi said i don’t know about riddhima. After that riddhima gets call from unknown phone number and she said it’s wrong number.

When riddhima speaking phone call suddenly she slips and holds terrace and shouts some body helps, Vansh try to phone riddhima but her phone unable to reached and again vansh come outside to search for riddhima. At that time vansh gets riddhima dupatta, riddhima fallen from the terrace and kabir catches riddhima. After that vansh reached where riddhima is and asking to her what’s happen. Riddhima said please we return to home.

Here it is the premier episode story i.e when anu priya try to went upstairs riddhima follwed her to know the truth. At that suddenly anu priya hair wig fallen on the floor and try to pick the wig but riddhima asking to her please stop. At that time again riddhima gets phone call from unknown person and unknown person said it’s reminder call.

When riddhima speaking phone call anu priya hides herself behind the table. At night riddhima suddenly come out from her roon and running towards main door, shouts vansh please help me, mask man suddenly hits on riddhima stomach, vansh catches riddhima and said to her nothing happen to you. Later vansh come out from dream and shouts riddhima. Kabir comes to vansh and given his napkin and asking to vansh let’s play chess.

But vansh said i don’t have mood to play the chess. After that kabir said to vansh if iam unable to reaching the warehouse when riddhima fallen from the terrace she will die along with her child. After that vansh think himself why riddhima couldn’t informed to me and said to kabir i will taking care of riddhima. Other end riddhima think about unknow person, vansh entered his room and asking to her you hide something from me.

Also riddhima asking to diamaa about bracelet and gets bracelet from anu priya. After that riddhima said to vansh this is not the same bracelet what iam seen. At that time anu priya said i will leave the house but vansh said no and informed to riddhima i think someone kills chacha ji