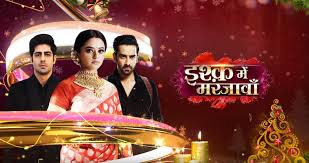 Ishq Mein Marjawan 2 20th January 2021 Written Update for Episode 171. Vansh and Riddhima stay at their room and riddhima wake up when vansh in deep sleep and silently went out from their room. Later riddhima find the key of mysterious car and think herself at any cost i will find truth behind the my mom and dad death and went outside. Once riddhima leave the room vansh recognized riddhima not at room and spell riddhima name. When vansh call to riddhima she reached the mysterious car and vansh come out from his room. Later riddhima sit inside the car and drive the car. Then vansh recognized riddhima drive the mystorius car and running outside to catch riddhima. But when vansh reached the backyard riddhima drive the car outside from VR Mansion and kabir asking to vansh what happen. Then vansh said riddhima drive the car but that car breaks are not working. Once know the info kabir shocked and promo ends.

In previous episode vansh holds the kerosene can and comes to backyard, Riddhima recognized the vansh presence at backyard and hide herself inside the car. Then vansh burn the car with kerosene, riddhima notice fire surrounded the car. At that time kabir comes to backyard and stops the fire and angry on vansh. Later daadi comes to backyard and asking to vansh because of this incident once again riddhima suspicion. Riddhima listen daadi words and think herself why did you asking to vansh let’s hide this matter. Vansh said ok daadi. Later riddhima come outside from the car and met kabir, Kabir said to riddhima i know you love vansh so much but you have to know the truth behind the car and kabir says to riddhima must handover the car to forensic department.

Today episode Ishq Mein Marjawan 2 Written Episode story updated soon. Follow zeal study web portal for today story. Riddhima try to went outside when vansh sleep but suddenly vansh asking to riddhima where are you going. Riddhima says i will went to check the door closed or not. Then vansh said do not leave me riddhima, She said ok. Early morning riddhima leave the room and gets the car key and think herself i will find the truth and went outside. At that time aryan comeoutside and riddhima recognized him but she lose the key and key fallen on the floor. Aryan listen the sound and shouts anyone there.

Later riddhima drive the car from VR mansion to outside then she realized car breaks failed and shouts leave the way and breaks failed. After that vansh recognized riddhima taken the car outside and said to kabir. Before riddhima recognized the car breaks failed vansh phone to riddhima to informed about breaks but she can’t lift the phone. Once know the truth riddhima try to stop car but she can’t stop the car and starts crying. At home vansh outside, daadi holds the harati but vansh hits the harati plate and daadi asking to vansh don’t go outside today. But vansh sit inside the car and searching for riddhima. When vansh searching for riddhima he said to angre try to call riddhima and angre phone to riddhima but she can’t lift the phone. At that time vansh track the riddhima location.

Finally vansh reached the riddhima car and try to stop her car with his car but riddhima change the direction of car because do not happen to vansh, hits her car to the tree. At that time riddhima car fired, vansh saves riddhima. After that car blasted, vansh angry on riddhima