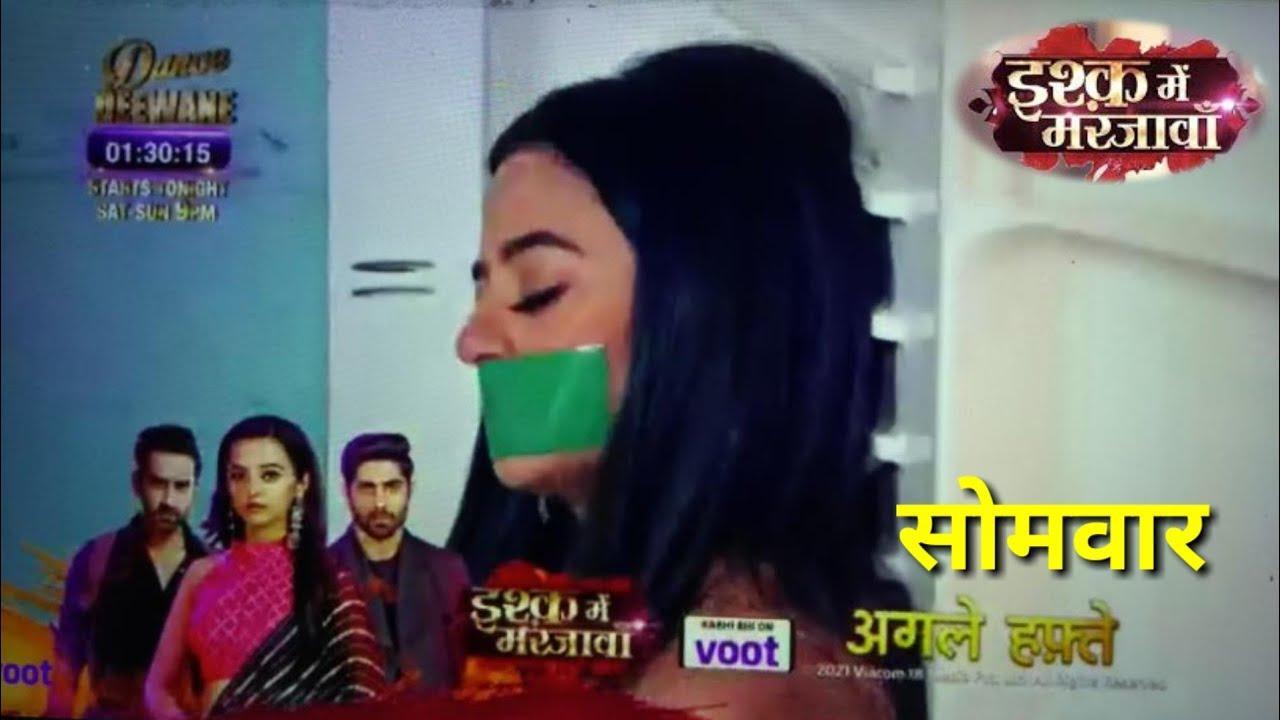 Ishq Mein Marjawan 2 Upcoming Episode 205 Monday (1st March 2021) released before 24 hours on Voot Select and available for premium subscribers. Here it is the IMMJ2 1st March 2021 Written Update for spoiler i.e riddhima check her phone because she didn’t get signal when she at her room. After that she comes to upstairs and checking for signal.

Once she entered hall a block dressed & red gloves unknown person holds a medium size of stick and stands behinds riddhima. But vansh wife unable to recognized red gloves person appearance, searching signal. At that time red gloves person with the stick hits on riddhima head, gets into unconscious mode, fallen on the floor.

When she gets conscious she is the box and unknown persons taken her into the van, Riddhima try to shout but she unable to do it because kidnappers covered her mouth with sticker. At that time one of the kidnapper said to another person informed to vansh our work finally done, riddhima listen their words and shocked, think herself vansh done all these for me.

Vansh finally met jang and asking to him now speak with me face to face and also vansh said to him because of you new partner who try to speak deal with. At that time kabir switch off the light which is set under the table and escaped from their. Later vansh on the switch, hits on jang face, asking to angre let’s holds jang and i will try to catch and know who is jang new partner.

Other end riddhima gets phone call from unknown person and Vansh finally catches kabir but he don’t know who is new partner of jang. At home some one knock riddhima room door, Riddhima open the door but no one infront of the door. Once riddhima return to room recognized a box which consists a phone. After that riddhima open the box when phone ringing and unknown person said your aberration time fixed, riddhima destroy the phone.

Other end vansh try to know the face of jang new partner but kabir hits on vansh stomach and sit in the car and escaped from the vansh. At home riddhima decided to herself at any cost i will save my child. Once kabir escaped from the vansh vansh seen women who asking to inspector please leave my son. Then vansh think himself what iam done for riddhima because riddhima loves me so much but i will ignore our child.

After that riddhima try to phone vansh but riddhima phone not shown signals and decided to went downstairs. When she comes to downstair and try to phone vansh red gloves person hits riddhima head with stick and placed her into the freez when she went into unconscious mode. At that kabir reached the home and asking mechanic what is this. Then mechanic said some one calling from this home and informed to my manager freez is not working.

Kabir asking to mechanic who called you, Mechanic said i don’t know. Then kabir try to check the box, Mechanic try to taken the weapon but suddenly gets the phone. Once kabir speaking phone kidnapers taken the freeze where riddhima is.