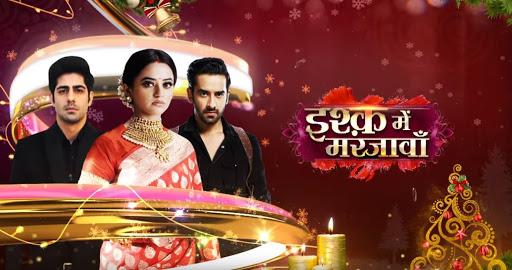 Ishq Mein Marjawan 2 13th March 2021 Episode 216 released today 7.30 PM on VOOT Select. All the premium subscribers of VOOT eligible for premium episodes which is available before the tv. Who doesn’t have a premium membership choose monthly or yearly plan. For more details about the plans visit official website.

In previous episode anupriya saves vansh when snipper shoots him. After that angre killed sniper. Later vansh said thanks to anupriya and kabir angre on anupriya to spoil his plan. Other end vansh said to riddhima you must apply our plan, Riddhima went to basment area, Vansh followed her. Later angre went to basement area, vansh & riddhima catcher him

After that daadi, sayi shouts vansh, Kabir smiles. Vansh and Riddhima went to upstairs to know what happen to daadi, sayi. Once went to upstairs vansh recognized daadi, sayi life in danger. After that kabir said to riddhima i am the kidnnaper who kidnaps you on the occasion of valentine day. Riddhima shocked, asking to kabir if you said to me before marriage i will accepted your love.

Kabir smiles at that time riddhima stolen bomb remote and given to vansh. After that vansh defuse the bomb. Later aryan spread the kerosene and litght the fire. At that time kabir holds riddhima hands and taken her with him. Vansh followed them, Kabir creates problems to vansh and thrown him into the room where huge smoke is.

Here it is the upcoming episode spoiler i.e kabir all set for marriage with riddhima. After that kabir asking to pandit let’s performing the marriage ritual. At the same time vansh reached the where kabir and riddhima is their. Here below provided upcoming episode story.

At that time riddhima think about vansh, kabir ready to tie the mangalsutra. Other end someone drive the bike, riddhima feels sad and listen bike sound. Kabir think himself who is that person. At that time biker hits kabir with bike and given hand to riddhima. Riddhima sit on the bike and kabir said to biker i am the police and i will sent to you in Jail.

After that biker remove the helmet, Kabir shocked to seen vansh and said to him it’s impossible. Before he reached the where marriage happens anupriya saved vansh again. Once vansh gets consious anupriya said to vansh my son try to kill me but you saved me from him. Later vansh asking to anupriya where is riddhima.

Later riddhima asking to vansh are you alright. Again kabir try to kill vansh but vansh hits him, Kabir fallen on the floor. At that time kabir holds small rocks and thrown on vansh. Then vansh covered his face with napkin and asking to kabir let’s fight with me. After that both kabir and vansh starts fighting. Vansh hits kabir and kabir holds knife and placed riddhima neck, said to him if to do anything i will kill riddhima. But vansh shoots on kabir ankle. Later kabir escaped from them.