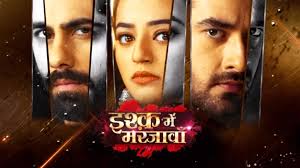 Ishq Mein Marjawan 2 11th January 2021 Written Update for Episode 163. Today episode is riddhima looks for vansh. Here it is the today episode promo that is riddhima asking to hotel authority let’s shown cctv footage. At that time hotel receptionist shown cctv footage to riddhima but she has no idea and come out side from the hotel. After that riddhima searching for vansh on the roads and starts crying and asking to mata rani please help me. When she searching for vansh suddenly vehicle hits her

Recap of Ishq Mein Marjawan 2 i.e Both vansh and riddhima comes to hotel and hotel manager said to as per your plan i will arraged everything. At that time vansh gets phone call, later both riddhima and vansh comes to their hotel room, riddhima said nice room. Later riddhima informed to vansh i can’t do anything because of siya i will changed and loves you. Later both vansh and riddhima ready to went outside after that riddhima hugs vansh and seen guitar. After that riddhima playing IMMJ2 title track with guitar and performing dance for title track and spent some romantic time together. Laterr riddhima remembered what happen to vansh and her and asking to vansh if anything happen to you i can’t leave and asking to please talk with.

After that vansh speaks with riddhima and asking to her what is important to you. Then riddhima said you is very important before that i like my self now iam riddhima vansh rai Singhania. Later both are sleep and day changed riddhima wake up from bed at that vansh not in the room. Then riddhima searching for vansh and comes to reception area and asking to room servent do you seen my husband. At that time servant said who’s your husband. Riddhima gets angry on servant. Ishq Mein Marjawan 2 11 January 2021 Written Episode updating soon. Today episode aired on colors tv 7.00 PM. Follow zeal study for today epi.

Here it is the today episode story riddhima asking to reception area about show CCTV Footage once seen the footage riddhima shocked because vansh not in the video and only her walk alone to hotel room. After that riddhima asking to manger you said lie to me and riddhima angry on hotel management.

Riddhima think herself where vansh going and at any cost i will reached mumbai. At Mumbai kabir said to ahana that is vansh asking to my mom leave the house. Other end riddhima searching for vansh but she can’t find vansh at that time riddhima met with accident but survive with small injuries. Later riddihima asking the lift and she gets lift.