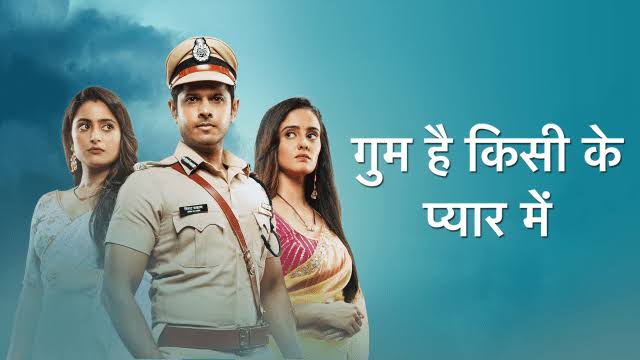 GHKKPM Ghum Hai Kisi Key Pyaar Mein 1 April 2021 Written Episode 155 begins with sayi asking to virat what would you said to me. Virat try to express his love but unable to do it. Sunny seen them and decided to do something and went to jalebi wala and said to them someone asking you jalebi. Once jalebiwala brings jalebi sunny mix a powder on bajji power.

Once jalebiwala return to sunny and said to him no one asking to me jalebi. Then sunny asking to him please prepared bajji for me. Jalebiwala prepared bajji and given to sunny. Sunny given bajji plate to virat and sunny and asking to them please eat. Initially virat deny but sunny said to him if you can’t eat i can’t move from here. Then sayi and virat eat bajji and feel intoxication. After that virat asking to sayi please give some water. Sayi comes to omkar and taken his glass, given to virat.

Omkar shouts sayi it’s my glass. After that omkar taken another glass and sit with ninad and starts drinking. At that time Bhwani comes to them and asking to them what you drink. Then sunny comes to them and given bajji plate them. After that bhawani, ninad and omkar eat the bajji and feels intoxication. Later bhawani call to pakhi and asking to her eat bajji. Later ashwini asking to sunny what virat did. Sunny said to ashwini virat try to won sayi love.

After that suddenly a costly entered chavans house and bhawani, sonali, ashwini, virat think who inside the car. Usha asking to Ashwini who is she. Ashwini says barkarani and she is a dancer. Sonali to seen barkarani feels angry, Bhawani said to sonali it’s holi to feel happy. Later barkarani started dancing and all the family to seen her dance feels happy.