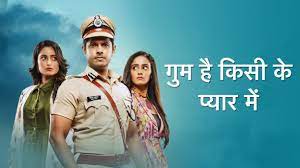 Ghum Hai Kisi Ke Pyaar Mein Ghkkpm17 August 2021 Written Update for episode 273. Sayi speaking with samrat and said mansi feels happy if you return to home. Also sayi said pakhi also feels happy. Then samrat said don’t speak with me about pakhi. Virat said to sam because of me you leave the house. Then sam says no because fate leave the house. Also sam says today special day for these children’s so spend some time with them and went from sayi, virat. At that time virat, sayi feels bad. Later virat, sayi, sunny, mohit return to resort and pack his bags.

At that time virat said thanks to sayi because finds his brother and asking to sayi don’t informed to family members about samarat. Sayi says i am outsider so why i am informing to your family members. Virat said to his wife never ever understand me sayi and i will done mistake, From today on words in your matter not involving. Sayi says what is your problem, Virat says if love someone don’t insult them. After that virat gets angry as sai insults him for planning the anniversary secretly. Elsewhere, pakhi discloses the truth of virat’s trip before the chavans.

Bhawani said to sonali i will stop pakhi for few days when she went to her parents home. Sonali says we couldn’t find samrat from last one year. Karishma said to bhawani mohit went for a trip and know one doesn’t care me. To know more GHKKPM Serial Spoilers follow zeal study website