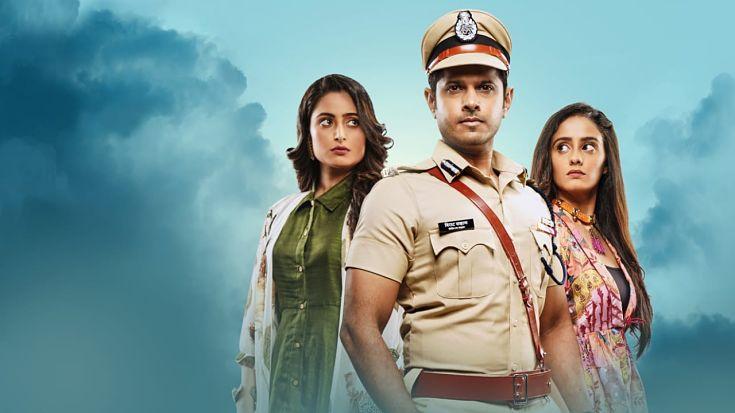 GHKKPM Ghum Hai Kisi Ke Pyaar Mein 3 March 2021 Written Update begins with ashwini asking to pulkit today you taken devyani. Devi said to ashwini if i went with pulkit mom slaps me. Pulkit said to devi i will come again to taken her. Also pulkit said to virat devi had a dream that our marriage happens in front of family and friends. So when iam return again i will married again to devi. Virat, Ashwini smiles, Pakhi asking to virat you again stands with sayi.

Sayi said to devi we stands with you and performing your marriage again. Bhawani said to pulkit you are a thief, Ninad asking to pulkit if you loves devi why you couldn’t come from here. Pulkit said i don’t know about devi, Because of sayi i know about devi. After that pulkit asking to bhawani may i informed to family members what you do to me and devi. Bhawani stands silently, Pulkit said thanks to virat, sayi, shivani and ashwini.

Shivani said to pulkit i know bhawani and my brothers do not want you and devi stay together. Pulkit said my marriage happens on the occasion of Shiva Rathri and again me and my wife meet again on the same day. Devi asking to pulkit you come again to taken me. Pulkit said yes and given promise to devi. Devi smiles, Pulkit return to his home. Sayi asking to devi come with me. Once pulkit, Sayi leave the hall bhawani feels angry.

Once devi went to sayi starts crying, Sayi asking to her please do not cry. After that devi says thanks to sayi because of you pulkit return to this home to meet me again. Sayi hugs devi and starts crying. Other end bhawani comes to pathralekha room and said sorry to her. Pakhi said no you don’t want to said sorry to me because i don’t feel bad. Also pakhi said i don’t pulkit come to meet devi. After that bhawani said to pakhi you must know what happen to devi, pulkit.

Bhawani informed to pakhi my husband helps to pulkit his studies but he think about our money, status and loves Devi. One fine day we know devi is pregnant. Pakhi asking to Bhawani devi had a daughter. Bhwani said yes, Pakhi asking to her where is now devi daughter. Bhawani said at orphan hospital.