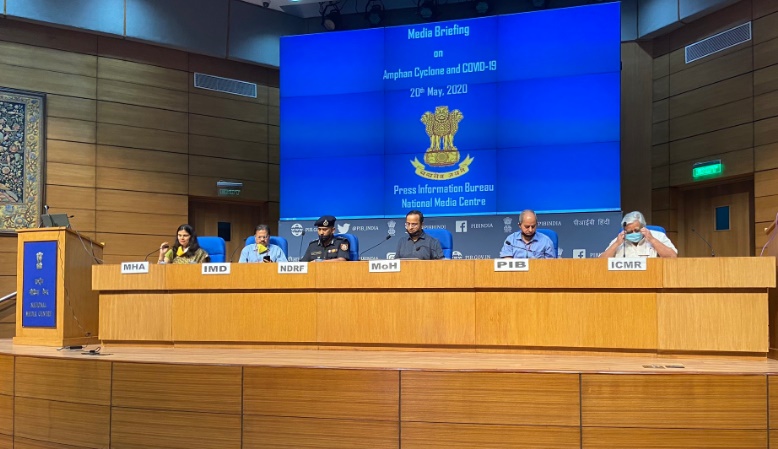 Cyclone Amphan crossing West Bengal Coast between digha and hatiya islands close to sunderbans. Landfall process commenced at 2.30 PM. It will continue and take 2 to 3 hours to complete.

Announcement that NDRF is available till the situation returns to normal so that the people do not panic.