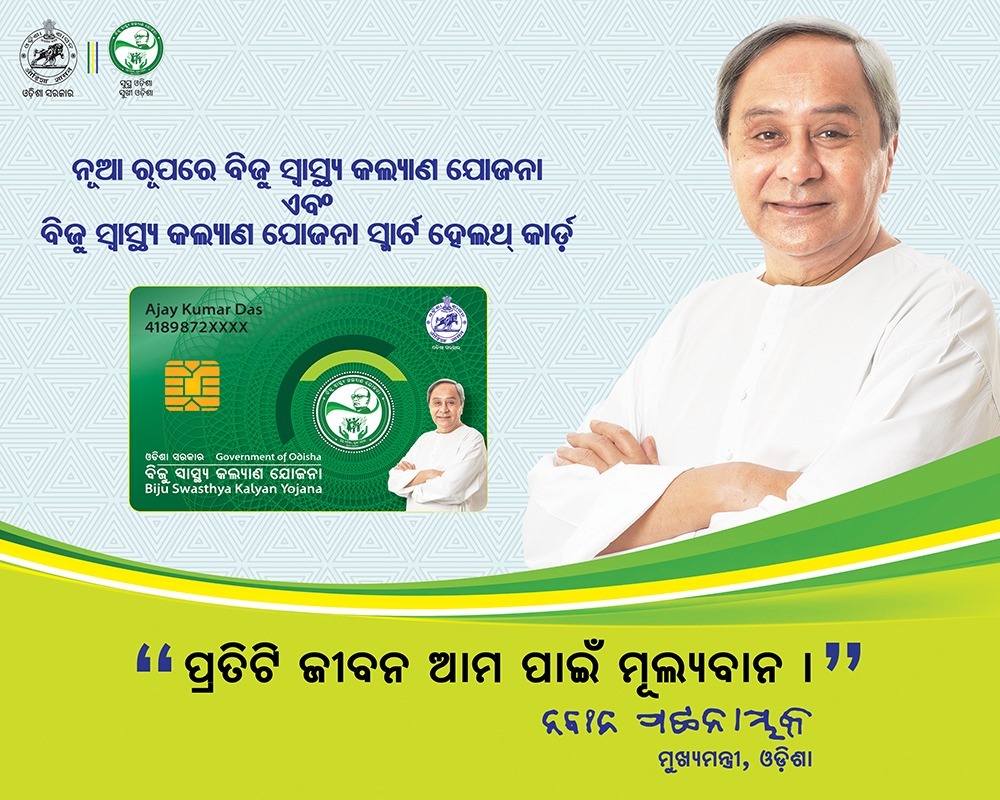 BSKY Smart Health Cards given to eligible beneficiary. On the occasion of 75th Independence Day Odisha Chief Minister Naveen Patnaik says The Biju Health Welfare Scheme has announced smart health card benefits for beneficiaries. As many as 3.5 crore people from 600,000 households in the state will able to access medical services in more than 200 hospitals across the country.

Also CM Says National and state food security, food and beverage beneficiaries are included in the BSKY. It will provide up to Rs 4.5 lakh per family and up to Rs 8 lakh per woman. Odisha has become the first state in the country to issue such smart health cards.

Also CM says on Independence Day “Every Life is Precious to us” & has announced the implementation of smart health cards. The system, which will take effect on September 1, is about to usher in a new era in the state’s health care system. To know more details BSKY Smart Health Card visit official website.