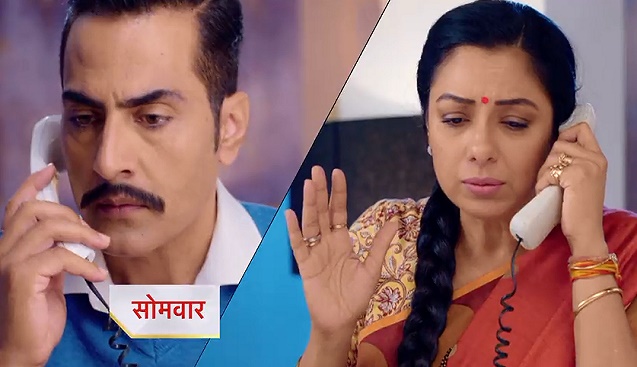 Anupama 4 December 2020 Written Update for today episode begins with vanraj returned to home and called to his mom. Leela smiles and comes to shah. After that shah asking to his mom may i come to home. Leela silently stands in front of his son. After that nandini asking to samar we went for coffee today evening. Samar says ok, Nandini says ok at my home. Hasmukh asking to his at one night you changed decision. Shah said i will forgot some files here. Shah asking his dad blessing but hasmukh leaves the hall.

After that leela asking to shah please sit i will bring water for you. Shah sit on the couch, leela brings water, asking to him tea but shah said no. After that shah given money to his mom and said this house not mine but this family is mine. Anu said we don’t need his money, Hasmukh said anu is correct. Then anu said from today i am also done some work and earn money for family, hasmukh aslo said exactly what anu said.

Later anu comes to children’s room, asking to them your dad come here must meet him. Sweety comes to shah and asking to him dad you return to home. Shah said no i will taken some papers. Then shah given tosh advance course application form and check. After that shah said to his mom i will taken my things. Leela asking to him may i help you but hasmukh said no. Later shah asking to sweety please help me, Sweety said yes.

At that time anu think herself along with your things you taken my sweety with you. Later leela asking to anu please prepared what shah likes to eat. Anu prepared khichdi for shah. At shah room asking to his daughter you come with me, sweety said yes. After that shah taken his things and sweety with him. Before leaving leela asking to her son let’s eat khichdi. Shah said ok.

Then shah eat khichdi kavya phone to him and asking him completed your meeting. Shah said yes at that leela asking to her son do you have more khichdi. Shah said no and kavya listen leela voice and comes to hasmukh house and seen shah at his house.