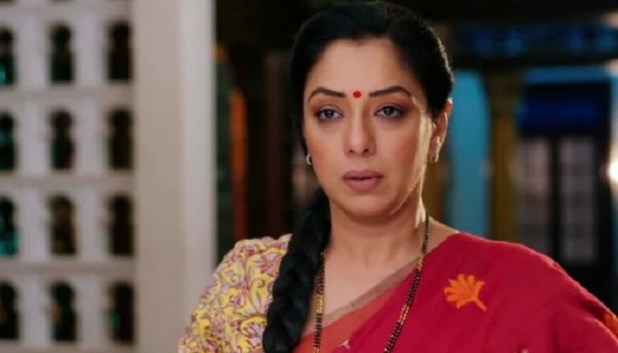 Anupama 22 January 2021 Written Update Telly Update for Episode 167. Anupama comes to kavya house and both shah and kavya come outside from the house. Later sha said to anu iam leaving with kavya. When shah said to anu about kavya smiles, Also shah says i will live with her (Kavya) now and this time. Later shah comes to his home and informed to leela, hasmukh and other family members I won’t just leave home & i will also going away from anupama’s life forever. When shah spekas with theme leela feels sad and anu listen what shah said to family members.

After that shah said to family members i will marry kavya. At that time kavya packs shah luggage and brings her suitcase . Later anu replay to shah like this you have made your decision now it’s time time i made my decision. Then anu phone to her friend and ask about her friend lawyer and asking to her i meet him tomorrow because i need to discuss about divorce. To know Anupama 22 January 2021 Written Episode story follow zeal study web portal. Today Anupama Premier Episode 167 released on Disney Plus Hotstar for VIP subscribers before the tv 6.00 AM. VIP Subscribers check the episode before tv.

To know what is the anupama decision about divorce and what leela and other family members said to shah when he announced marriage with kavya follow zeal study portal. Here it is the today episode story  shah said to kavya why i can’t come here when iam met with accident because i feel fear that’s why i will decided to stay with my family and my parents. Other end anu seen shah, kavya speaking together. Shah said to kavya anu try to stay with me, Kinjal comes to kitchen and seen shah, kavya and asking to anu uncle went to kavya home to stay with her or meet her. Anu said i don’t know. But kavya can’t speak with shah & Shah said to her so you can’t speak with me and i think better to die when iam met with accident.

Then kavya hugs shah and said to him don’t say like this. Kinjal, Anu seen them from kitchen and kinjal says as expected. Shah said to kavya iam angry on you when you done at toshu marriage and i am also in pain and i don’t know i will face the problems in feature or not i will not come in your ways. Also shah said i want your happiness and i know you not happy with me, this is the end of our love story, iam sorry. Then kavya thinks what shah said and shah turn back and try to leave kavya home and think himself why kavya can’t asking to me stop. Once shah come outside he seen anu and remembered anu words.

Once shah come outside kavya asking to shah please stop and said to him this is not the end because you love me and think herself because of anirudh you did this for me and rakhi words. Later shah smiles to seen anu, anu leave the kitchen. Kavya said to shah i want freedom from anupama