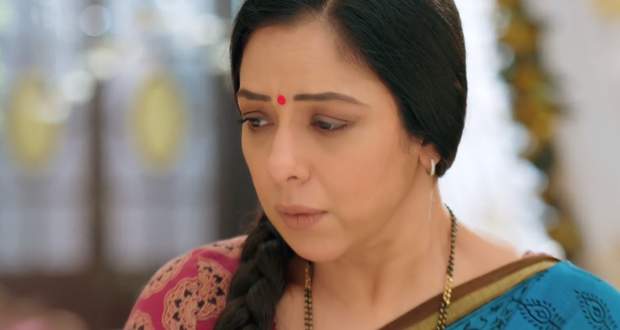 Anupama 2 February 2021 Written Update: Shah angry on anu with the help of kavya

Anupama 2 February 2021 Written Update for Season 1 Episode 176. Promo of the episode begins with shah return to his cabin to check again if anything missing but once entered the cabin shah seen his wife anu sitting in his chair. After that shah angry on anu, asking her how dare you sit in my chair. Office boy entered his cabin and remove his name plate on the doors and attached kinjal shah name plate. Anu seen and feels sad when office boy thrown vanraj shah name plate on the floor. Later shah asking to his wife how dare you come to my office and sit on my chair. Then anu said i don’t know this your cabin.

After that kavya entered kinjals cabin looking what happen between shah and anu. Then shah says to anu my name is so clearly written on the door but realized it’s kinjal name plate. Later anu replayed to her husband no matter how high you place the name plate, the name still always down. Later kavya said to shah i know and i will informed to you anu taken revange on you. To know Anupama 2 February 2021 Written Episode what happen between shah, kavya, anu and kinjal follow zeal study web portal.

After that shah said good bye to dholakia, return to his cabin to check once again if anything forget it but he don’t know anu, kinjal in his cabin.