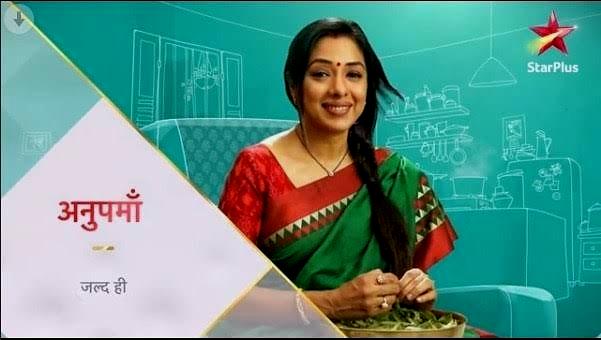 Anupama 18 February 2021 Written Update for Season 1 Episode 190. Here it is the anupama premier episode twist i.e anu, leela, hasmukh sit at garden and kinjal comes to them and asking to them are we celerating uncle birthday here?. Anu said to kinjal how leela aunty celebrated uncle’s birthday this year also she celebrated the birthday. Other end kavya said to shah my birthday was spoiled anyway but let me celebrate your birthday properly please.

Then shah hugs kavya, pakshi seen shah and kavya. After that kavya asking to shah tell to pakhi to go to her mom’s home for a day or two days. Once listen kavya words pakhi crying and leela speaks with her son shah and said to him thank you for giving me the opportunity to become a mother. Anu seen leela when speaking with shah and smiles. After that shah said to his mom thank you for bringing me into this world. After that anu asking to leela i couldn’t listen pakhi voice. Then leela said to anu yes i don’t know why she was quiet today.

In previous episode shah sign on the divorce papers, counselor said to them you have still six months time if you change decision. Then both anu & shah leave the family court, Anu said thanks to her husband. Later shah said to anu what happens to his friend when apply for divorce also asking to his wife do you forgive me. Then anu asking to shah please give me freedom and leaves shah at family court. Shah sit at family court outside and think himself sweet memories with his family.

Later shah return to kavya home, kavya asking to shah what counselor informed to you. Shah said we apply for divorce, kavya says thanks to shah. Also kavya asking to shah just relax and every thing happens fine. Pakshi listen kavya, shah conversation and went to her room. Leela waiting for anu, Anu reached the home and leela asking to anu why you can’t lift the phone. Then anu informed to leela our counselling is over and after six months we get divorces.

Once know the divorce matter leela starts crying, leela duaghter asking to family members do not disturbed anu bhabi. After that anu went to her room, open the door doors. Other end shah also come outside from kavya room and think himself and starts crying. Day changed leela given sweets her husband and brother and said to them today my son birthday. At that time anu sit with her aunty, uncle and prepared sweets, leela asking to anu you prepared sweets for my son. Anu said no i will prepared sweets for you.